Patience Is the Ultimate Skill In Making Money In Real Estate 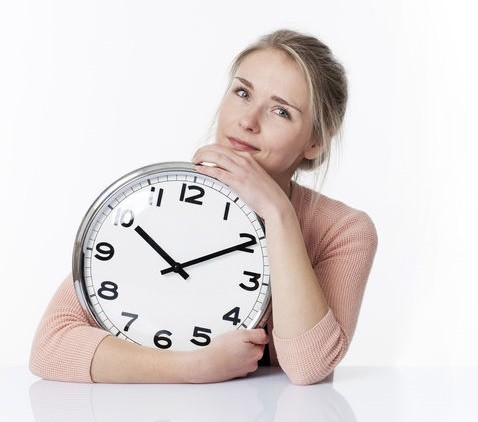 "The trick in investing is just to sit there and watch pitch after pitch go by and wait for the one right in your sweet spot.If people are yelling, 'Swing, you bum,' ignore them."Warren Buffett

As an active real estate investor and owner of a Tampa property management company, the above Warren Buffett quote always fascinated me. There is real genius in this idea, but it is super easy to miss and much harder to implement than one might think.

Most people get addicted to deal flow if they get immersed in real estate, stocks, or whatever investment opportunity catches their eye. I know I did. There is a huge emotional rush closing on a "good deal. "It's a natural high because the body dumps so many chemicals in your body that you feel on top of the world. As a Tampa Property Manager, I want to feel this way over and over again..

But that is not the way Warren Buffett made his money or any other super-successful investor. They concentrated their bets on the very best deals. In other words, they did higher-quality deals at a lower volume. The problem is most people (including myself) get sucked into doing a lot of deals with a bunch of mediocre ones and a few bad deals mixed in. This causes tremendous stress and financial strain.

In my opinion, all truly successful folks survive their mistakes and get more selective over time. Everyone else just loses all their money, because of the thrill of chasing and closing deals…mostly marginal ones. It takes incredible discipline to sit on your hands and do nothing, waiting for the right opportunity. It also takes effort and time to learn what a great deal looks like.

It should be noted that great deals rarely show up as a great deal.You have to find a property that has issues you know how to solve.By solving the problems such as code enforcement liens (which can often be settled for 5 cents on the dollar), you unlock value in the property that others don't see. I would recommend attending real estate seminars by Peter Fortunato, John Schuab, and Gary Johnston.Their seminars are usually less than $800 for two days, and they don't try and sell out coaching or incredibly expensive boot camps.

Let me give you an example.I purchased the property located at 200 4th St S St Petersburg, FL 33712 for $6000 in May 2009.It was a 2bedroom 1 bath with a garage and needed a tone of work.I spent $30,000 fixing it up.However, the real issue was it had code liens in excess of $75,000, as I remembered.This was scaring all the other investors away.My partner and I, in the past, had negotiated with on code enforcement because they scared people off.We felt there would be an opportunity there, and we were right.On this property, the actual code lien was a blanket lien that didn't originate on this property.I negotiated to have them removed and agreed to fix some code violations on the actual property.Today the Zillow value on that property is $231,473, and it rents easily.

It has taken me 20 years to walk away from decent/marginal deals. Sure the typical rental property will cash flow a little bit if everything goes right, but that rarely happens. However, if I wait for that killer deal that has a problem that I know how to solve, I make a lot more money. I've found if I maintain the habit of always looking for real estate deals and passing on 99% to 99.7% of them, the investments I do make will compound my money much faster than being in a bunch of decent or marginal deals.

The real breakthrough for me came while reading Warren Buffett's biography "The Snowball: Warren Buffett and the Business of Life." Somewhere in those pages in finally sunk in that Warren's company sits on over $100 billion in cash for years! It's so easy to miss this message. I used to have trouble sitting on $50,000 without frantically searching for the next real estate investment. After reading that book, I tried making a real effort just to let my money accumulate until a great deal came along. I would still be looking for deals daily, but I let go of the self-imposed pressure to get my money invested now. If my money sits in my bank account for six months or a year, that is okay.

The idea of having patient money was the biggest step-up of my investment career. Now instead of trying to force a deal to make sense, I pass. I'll look at 100's of properties on the Multiple Listing Service over months and not buy one of them because they aren't good enough deals. I spend my time learning more about my investment and business craft. And every once in a while, a good deal shows up. It doesn't show up completely ready. That is a foolish expectation. A great deal shows up that has a problem that few people know how to or want to solve. It might have a title issue or have a lot of repairs that are needed. It could be in probate, or the person needs to close next week.

As another mentor of mine once said, "Great deals are not found; they are constructed!" You need skills, emotional stability, and experience to recognize and capture the truly great deals. Do some of those deals underperform? Sure, I'll inevitably make mistakes or miss things in my due diligence, but I just chalk it up to another life lesson and use what I learn to profit in future deals.

The key is patience and the willingness to explore deals that have problems. That is where the money is, but you have to watch a lot of deals go by and constantly be improving your investment craft.

Real Estate Investing - 2 Techniques That Long Ter...
But My Neighbor is getting $300 above market rent!

More posts from author
Monday, 08 March 2021 Learn Why Paying Extra On Your Rental Property Mortgage Hurts You In Long Run
Friday, 10 January 2020 Real Estate Investing - 2 Techniques That Long Term Will Make You A Fortune
Tuesday, 02 July 2019 Patience Is the Ultimate Skill In Making Money In Real Estate
Friday, 14 June 2019 But My Neighbor is getting $300 above market rent!
Monday, 20 May 2019 Saying No To Potential Tenant is Best Done This Way

No comments made yet. Be the first to submit a comment